That?ll be Unique Development Studios, snapping up the rights to Futurama. 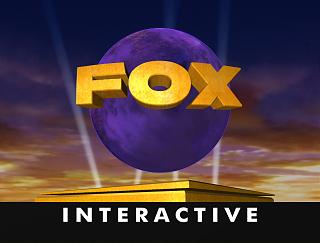 Sweden?s Unique Development Studios (UDS) has acquired the rights to create video games based on the hit animation series Futurama. Whilst maybe not as famous as Matt Groening?s other band of cartoon misfits, The Simpsons, Futurama, now into its fourth season, is hugely popular with those who like their animated humour a little further out there. The jokes that were maybe deemed too smart for Homer and co. have found their way into the Futurama series, and it seems that the sassy style proffered by the 31st century dwellers will be present in the game. Scriptwriter and producer J Stewart Burns (excellent!) and Matt Groening have been involved right from the start of the game?s development.

The game will include most of the original voice artists from all the major territories. It features a custom-made cartoon-rendering engine from UDS that captures the look and feel of the Futurama TV series. This, combined with the authenticity that the show's creator, writers and voice talent bring, means that the game will be as close as possible to episodes from the show.

Thomas Lofblad, Managing Director of UDS said, "We are very pleased to be able to acquire the rights to such a strong brand as Futurama by Fox, and we believe that the resulting games will be very successful all over the world. Our new strategy to own the rights to various computer games aimed at a global mass market gives us a potential to dramatically increase revenue streams in the future".

Steve Bersch, President of Fox Interactive added, "Futurama is a great show which lends itself very well to making fun, interesting game environments. We are pleased to be collaborating with UDS on the development of the Futurama game, and by working closely with the series creator, we hope to expand the appeal of the show to gamers around the world".

Expect to see Futurama, the game, published throughout Europe by Sci, sometime in early 2003.