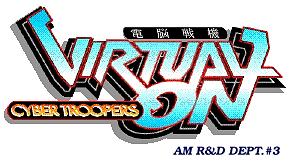 We can confirm that Sega is working on an all-new game in the Virtual On series, known at this point in time as Virtual On: Cybertroopers Marz. For the uninitiated, Virtual On is the seminal arcade mech smash-em-up first released back in 1995 for Sega?s Model 2 arcade board.

This new version, due to debut at the Tokyo Game Show this weekend, is being made for PlayStation 2 at present, though other versions are likely to follow, with the Xbox most likely to benefit.

It is also likely that this is one of Sega?s secret titles it has planned for this year?s Japanese gaming exposition. We?ll tell you what the others are as soon as we find out.