MS to reveal all in orange-land. 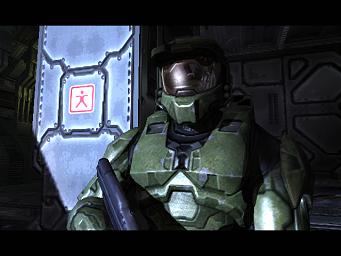 Halo 2
On Tuesday and Wednesday of next week, we’ll be in Seville at Microsoft’s X02 conference, the now annual European showcase for the Xbox’s first and third-party upcoming titles.

Highlights of the show will be an extended briefing of the Xbox Live system for Europe, the massively-anticipated Halo 2, Galleon, and perhaps even an announcement about Microsoft’s looming buy-out of the UK-based Rare software studio.

Phantasy Star Online will also be shown for the first time and it is rumoured that an address will be made by Yuji Naka, head of Sega’s Sonic Team.

Check back on Wednesday for a full round-up.