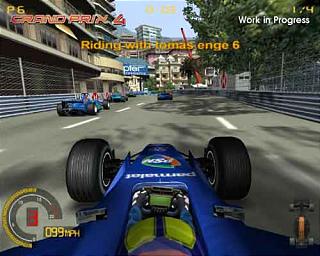 All Images (3) »
Infogrames has announced that the Xbox version of Geoff Crammond's Grand Prix 4 will not be released, following the closure of his MicroProse development studio by the French publishing giant.

The port of the acclaimed PC game that was believed to be almost complete, will never see the light of the Xbox store shelf. As to whether this is due to ongoing legal wranglings between Crammond and Infogrames is not known.