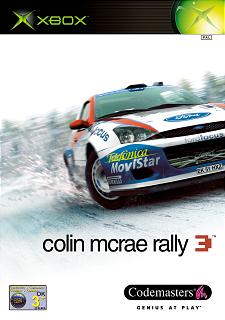 All Images (22) »
The European Computer Trade Show opened to the public as well as industry insiders today for the first time in its history, and we already have new screens for one of the biggest titles on show. We got up really early to bring these latest shots of Codemasters? Colin McRae Rally 3 for Microsoft Xbox to you ? we hope you appreciate them.

Also included, the official packshots for the PS2 and Microsoft Xbox versions. Note that the sleek, black ?for display only? pack seen recently in the printed press has been completely abandoned in favour of a more traditional rally game design.

Honestly, Codemasters are far too good to us gamers: August brought us the superb Toca Race Driver, and next month we get a third dose of Colin. Codies, we salute you.