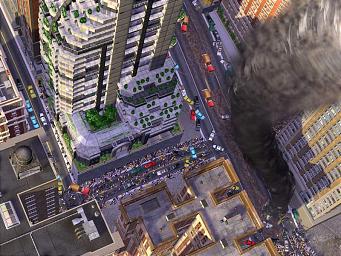 All Images (8) »
One of Electronic Arts? biggest franchises, Sim City, is set for another instalment at the end of this year, and the American giant has released some juicy details about the fourth game in the series.

Sim City 4 will remain near-identical to its predecessors in terms of basic game design, but will incorporate several new elements to give its players greater control over their virtual cities and generally take the game to an even greater level of realism.

Like before, you?ll have the privilege of constructing cities from scratch. You?ll be responsible for setting taxes, managing emergency services, power distribution, transport systems and water works.

The features of the previous three games are likely to be refined for the latest in the series and there will be dozens of new scenarios built in. The game promises incredible visuals (although still 2D) and perhaps most notably, night and day environments, in which street lights, car headlights and office lights all come to life when the sun sets on Sim City.

Sim City 4 is released on November 29 in the UK for PC only. Start saving now.