Ikaruga for PlayStation 2 ?will never exist? 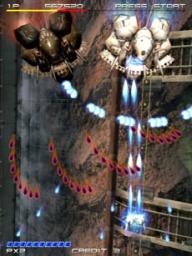 Treasure of Japan has officially announced that a PlayStation 2 version of the massively anticipated Ikaruga will never be made.

The firm has stated that the porting process from Sega?s Naomi arcade system, the original platform for which Ikaruga was created, is too complex and will require an untenable amount of reprogramming. Treasure also said that using the Namco System 246 arcade board as a go-between was out of the question.

Ikaruga for Dreamcast is slated for an imminent Japan-only release with a GameCube version to follow. The GameCube game will be published around the world early next year and will carry Infogrames? Atari branding.

More on all things Ikaruga as we get it.