Check out the game all Xbox fans are waiting for. Plus: Project Gotham 2 announced, screens included. 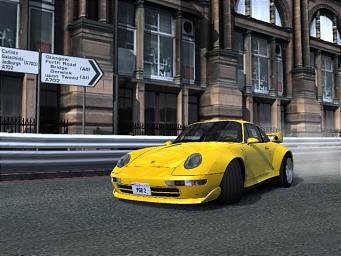 The screens show a slight shift in presentation form the original game in as much as the game has taken a slight dose of Manga. There is a moody lighting theme going on as well as an aesthetic chic not seen in the first outing. The characters and environments also now carry a cross-hatched, almost sketched look which we think is very nice indeed.

Anyway, here?s some corporate waffle. ?There's only one thing better than announcing a sequel to a million-seller," said Ed Fries, vice president of Xbox Game Content at Microsoft Game Studios. "And that's announcing sequels to two 1-million-unit-selling games. Our Halo and Project Gotham Racing franchises have redefined the shooter and racing categories around the world with innovation, great gameplay and pure fun. 'Halo 2' and 'Project Gotham Racing 2' will build on these legacies with awesome new features and the thrill of playing anyone anywhere using Xbox Live.?

As you can probably tell, the Xbox team has also announced the follow-up to Project Gotham Racing, the latest game in Bizarre Creations? car battle sim as first seen back on the Dreamcast in the form of Metropolis Street Racer.

Anyway, both Halo 2 and Project Gotham 2 are pencilled in for release next year. Expect to see more from both games at this year?s European X02 event in September.