Yu will love this. Sorry. 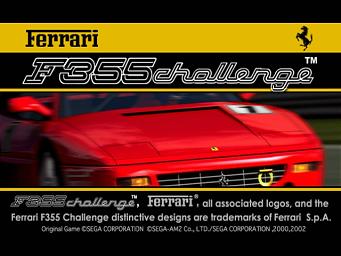 All Images (14) »
We have received the latest batch of screens taken from the soon-come PlayStation 2 version of Yu Suzuki?s seminal driving simulator, Ferrari F355 Challenge.

The original triple screen arcade version of the game, running on three linked Naomi boards, staggered press and gamers alike when it was released back in 1999. Although difficult, the realism of the game has never been surpassed by anything released since.

The PlayStation 2 version will be identical to the Dreamcast release although with slightly improved graphics. However, the best feature the PlayStation 2 carries with it is force-feedback support. Although this requires an additional spend, you will be rewarded with the most realistic videogame driving experience ever created.

As Yu himself told us at E3, ?Driving a Ferrari is veeelllllllyyy pleasurable.? We believe him.

Expect to see F355 for PS2 hit the shelves later this year.