Not another story about Driver 3, honest. 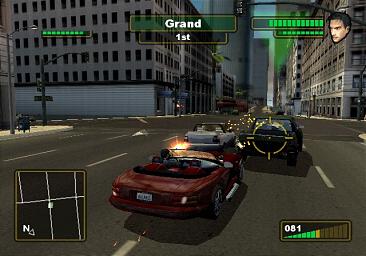 All Images (5) »
In the midst of all the Driver 3 excitement of last week, we somewhat overlooked Activision?s True Crime: Streets of LA, due for release in 2003 on Microsoft Xbox and PS2. All that we have heard about the game suggests that, along with the aforementioned Driver 3 and upcoming titles such as The Getaway, Stuntman and Grand Theft Auto: Vice City, virtual car-driving maniacs are going to be well catered for next year.

Developers Luxoflux, creators of the Vigilante 8 series of games, have included 20 branching missions and a whopping 100 sub-missions in True Crime, spread across a 400 square mile living, breathing re-creation of the City of Angels.

Looks like Activision are going to give Infogrames, Atari, Sony and Rockstar a run for their money when it comes to mission-based driving game malarkey. It?ll be interesting to see who gets away from the starting line first.