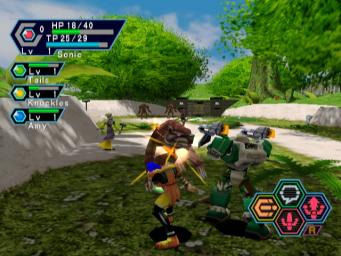 All Images (4) »
Sega has pushed back the Japanese release date of Phantasy Star Online Versions I and II for GameCube.

The game has slipped back to September 12, from its original release date of August 8, in news that has worried the dedicated fanbase the Phantasy Star series has engendered.

Sega stated that this is so the development team assisting Sonic Team with online delivery can extend the wider online testing the game is currently going through. Whatever that means.