Hang On to your After Burner as Space Harrier Outruns handheld 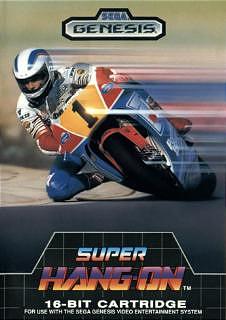 All Images (4) »
Sega has announced that it will release Outrun, After Burner, Space Harrier and Super Hang On for the Game Boy Advance. The games will be bundled onto one cartridge and will carry the standard of a Mr Yu Suzuki, the legendary developer behind each title.

Sega has not mentioned which versions of each game it plans to include, though the company makes reference to the fact that each game was an arcade machine.

It is likely however, that Sega will simply port across Mega Drive versions of the games. It already has the Sega Smash Pack for GBA in development, a cart containing Mega Drive versions of, amongst others, Super Shinobi and Golden Axe. It is widely thought that the original arcade code, available in the public domain for some time now, will be too complex for the GBA to handle.