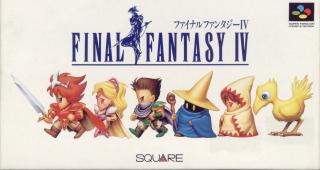 SquareSoft has announced that it has sold over 40 million Final Fantasy games since the series debuted back in the Famicom days of 1987.

In other news, Square said that 120,000 copies of Final Fantasy XI are in active use. The company said that it is awaiting the much-needed second shipment of PlayStation 2 broadband units before it supplies any further copies to retail.

No US or European release date for FFXI was mentioned. We were not surprised.