Lamborghini license snapped up by Rage 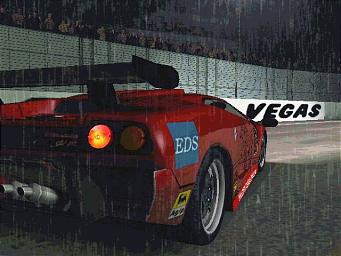 All Images (10) »
Liverpool's Rage know a good license when they see one. After the likes of the David Beckham titles and games inspired by the Rocky movies, they?re moving up a gear or two and taking on the supercar challenge. Cars don?t come much more super (!) than the ones from Sant?Agata Bolognese, Italy, the legend that is Lamborghini.

The Lamborghini titles currently under development by Rage will be the only video games to feature the entire range of cars past and present, meaning that gamers will be able to experience early models such as the GT 400 and Jarama, through to the classic 70?s roadburners like the Countach and Bravo, and all the way up to the present, with the Diablo, and Lamborghini?s latest offering, the Murcielago. The title is being developed with help and assistance from the company?s chief designers and technicians, so authenticity is assured.

The game will allow the player to join the ?Lamborghini Millionaires Club?, founded by high-rolling millionaires with a passion for speed, risk and Lamborghini itself. As a member of this club, you?ll race in a series of leagues set in exotic locations around the world. Members can indulge in high stakes challenges to build up the ultimate collection of Lamborghini vehicles and can also obtain rare and collectible vehicles by entering special ?pink slip challenges? where large sums of money and cars may be won and lost.

As well as several single and multi-player gaming modes, Lamborghini will also be Rage?s first broadband capable racing game designed for Xbox Live, the multiplayer functionality of the Xbox. The game will allow players to take their collection of cars online and compete with other drivers around the world.

Rage?s Lamborghini games are due for release on Nintendo GameCube, Microsoft Xbox and PlayStation 2 in 2003. In the meantime, here?s a selection of screens from the Xbox version.