Can the UK conquer Shinobi? 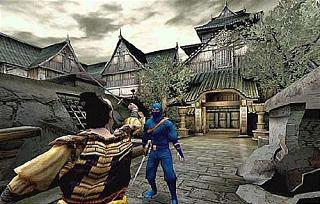 All Images (2) »
Studio 3, formerly known as System 3, has released the first grabs from The Last Ninja, the next-generation update of the Commodore 64 classic.

Though no game details have been announced, the new game will be created for both GameCube and Xbox and will be in full 3D, not with pre-rendered backdrops as was widely predicted.

With Activision about to unveil Tenchu 3 and Sega poised to unleash Shinobi, is the UK effort too late to make an impact? Let’s hope not.

Hopefully we will get to see more of the game at next week’s E3.