UK Charts: We're All Going on a Summer Holiday

The first proper week of the schools summer holidays, so what have Mums and Dads been buying? 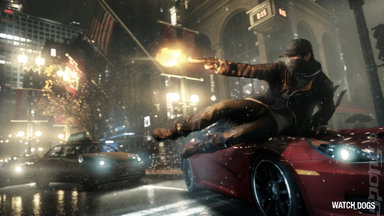 The answer, it seems, is "nothing new". With little in the way of worthy new releases, it's hardly surprising that we face another week of shuffling the pack on the UK video game all formats charts this week. Watch_Dogs and FIFA 14 holds steady in first and second positions as Minecraft on Xbox 360 blocks Sniper Elite 3 to take third.

With 18 climbers and 14 falling, the only titles making any significant moves are Infamous: Second Son, returning from the brink to climb seven places to 33, and a resurgence for LEGO Movie Videogame, fuelled back up to number five by the release of the DVD and Bluray of the movie. In the opposite direction go Wolfenstein: The New Order and South Park: The Stick of Truth, both falling eight places to 12 and 40 respectively.

Not one of last week's new releases manage to breach either the All Formats Top 40 or the respective platform's charts, and there's still no sign of Wii Sports Club on Wii U.

Next week sees the arrival of the PS4's Last of Us Remastered, Sacred 3 on PC, 360 and PS3 and LEGO Ninjago: Nindroids on Vita and 3DS. Something everyone there, right?

Until then, you can see all charts in detail in the Charts section.
Companies: Activision Electronic Arts Mojang