"Now with more Wii U disappointment" 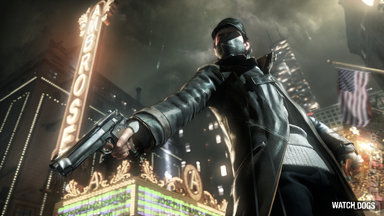 Brought to heel for a couple of weeks by 505 & Rebellion's Sniper Elite III, Ubisoft's Watch_Dogs switches position with its precision murder sim counterpart as it returns to the top of the UK video game charts.

However, as the Great Summer Doldrums bed-in, we see a second week without a single new entry in the top 40. That isn't to say there weren't any new releases - Wii Sport Club (Wii U), where are you? Even as the week's only new release, Wii U owners couldn't even summon the energy to buy it, let alone play it - and there's nary a mention of the game even in the WiiU chart.

With just three re-entries resembling something "different" and four non-movers, the other 33 are mooching around in a mostly unspectacular manner. However, it's not all rot and stagnation - Disney Infinity, powering back up up 12 places from 34 position last week, laughs mockingly as its arch-rival figurine-em-up Skylanders Swap Force does its best to live up to its name and drops 16 places, settling at 38.

For the details, check out the current top 40 or see all the UK video game charts.