It's the Last Ever Resident Evil Movie 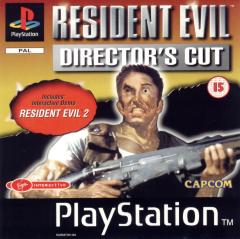 This is a case of 'the clue is in the title', the title being: "Resident Evil: The Final Chapter, which is the title of the movie currently in the making by Paul W Anderson.

What? Not, Resident Evil: Rising? Not according to Anderson, who says, "No. It?s Resident Evil: The Final Chapter is the working title. It may be the final title, but that?s what?s written on the front page of my script." So, does that mean the final movie?

He explains, "As Christopher Lambert famously said, ?There can be only one.? And then there were five of them". He also points out that the movie (due for release in 2016... maybe) is being shot with 3D firmly in mind.
Games: Resident Evil 6