Senior VP refuses to confirm his own massive hint... 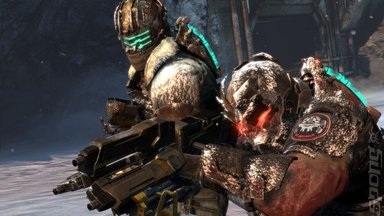 Good old Patrick Söderlund - the executive vice president at EA Studios - he knows how to play the ravening press (that's us). He's ability to offer a tease for a huge franchise such as Dead Space only to then hug it back is remarkable... let's see how he does it.

Speaking at E3 he seemed to blurt out some amazing news regarding Dead Space 4 or even 14 "There's an incredible amount of enthusiasm over Hardline and the Star Wars game at Visceral," he began. Do I think that we will create a Dead Space game again? Yes, I think so." Blimey! And there's more.

He continued, "But when we do so, we have to think about what made the previous ones successful and how we go about envisioning Dead Space for a new generation." Crumbs! Xbox One and PS4!

But he's too savvy for that - and he has shareholders to think of:

"Now, I'm not announcing a Dead Space game. We're not building one just to be very clear, but I'm saying is there an opportunity or possibility to do one in the future? Absolutely." Darn you Söderlund!