EA: Battlefield Not an Annual Refresh 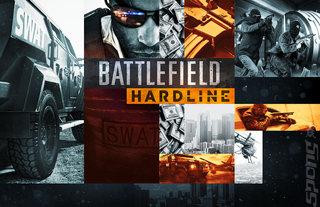 EA Studios executive vice president Patrick Söderlund has been hard at the PR work on Battlefield Hardline, the cops'n'robbers version of the Battlefield military shooter. Apparently the idea is ten years old.

He commented at E3, "Actually, the idea of a cops and robbers type Battlefield game has been with us ? me and the DICE team ? for more than ten years. There are early prototypes from, like, 2000 or 2001 of a game that we called back then Urban Combat. This has been lingering and we've been wanting to do something like this." Unlike CoD, however, which split developer duties to make annual updates, EA's not going that way.

Söderlund told Polygon, "The EA that I'm trying to help build isn't an EA that needs to annualize everything."

As for Battlefield, the new Hardline world, "doesn't necessarily mean that we need to annualize Battlefield and that's the way it's going to be forever and ever," he said. "I understand that some people may look at it that way but that's what happened."