E3 2014: Ubisoft Thinks Female Avatars are Too Much Hard Work

No female assassins in the new AssCreed title because, well, that would be too hard 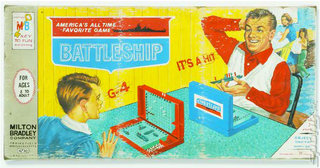 Ubisoft - despite employing one of the most high-profile women in gaming, Jade Raymond, in a very senior position - is still stuck in the old age of no-female game characters in its forthcoming franchise-extender, Assassin's Creed: Unity.

Not only has the company not included any female lead characters, there are actually no women assassins at all in the game. Adding insult to injury is the response from Ubisoft creative director Alex Amancio who began his defence by blaming, "the reality of production" but the proceeded to dig an even bigger hole.

He said, "It's double the animations, it's double the voices, all that stuff and double the visual assets. Especially because we have customisable assassins. It was really a lot of extra production work."

Polygon explains, "In the game's co-op mode, players will have custom gear but always view themselves as Arno, Unity's star. Friends are displayed as different characters with the faces of other assassins.

"Because of that, the common denominator was Arno," Amancio said. "It's not like we could cut our main character, so the only logical option, the only option we had, was to cut the female avatar."

Level designer level designer Bruno St. Andre is more upbeat though. Agreeing that the addition of a female character would mean a new skeleton and 8,000 additional animations, he said:

"We started, but we had to drop it. I cannot speak for the future of the brand, but it was dear to the production team, so you can expect that it will happen eventually in the brand."

He said, rather confusingly.

Yes, lasses, the reality is that in terms of AssCreed: Unity, you're just too much hard work for Ubisoft.