Plus: release window for Zelda Wii U and Hyrule Warriors 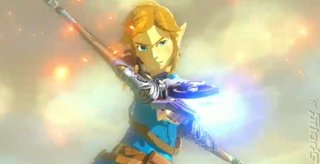 All Images (5) »
Nintendo's not-E3 is going on right now, and the publisher has just spilled a few details on the upcoming Legend of Zelda game for Wii U - the proper one, not Hyrule Warriors.

It was noted that while enclosed areas within the world can fake a sense of scale, they don't make for a truly open world. Nintendo plans to shake things up for the Wii U, however, by having any area be approachable from any direction. This, the company says, will do away with the linearity of recent games and give players more flexibility in how they approach the world.

All that said, while we're not really talking about Hyrule Warriors here, Ninty did throw out a release date for the Zelda/Dynasty Warriors mash-up: September 26th.
Companies: Nintendo
Games: The Legend of Zelda: Breath of the Wild