The project that Microsoft said wasn't happening is happening. 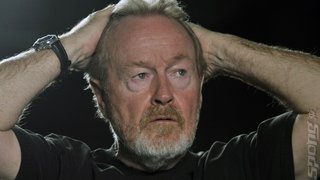 Alien and Prometheus director - and, of course, executive producer of Call of Duty ELITE: Friday Night Fights, Ridley Scott is currently in Belfast as executive director on a new Halo 'digital feature'.

According to the local newspaper, "The confirmation comes just months after Microsoft initially quashed rumours of a Ridley Scott Halo film."

The Belfast Telegraph continues, "Mr Scott's hugely-anticipated Halo project, set for release later this year, has been spotted shooting in the Titanic Quarter of the city, with Battlestar Galactica's Sergio Mimica-Gezzan on board as director."

A spokesperson for the project states, "343 Industries, Xbox Entertainment Studios and Scott Free Productions are currently working on a Halo digital feature project to be released later this year.