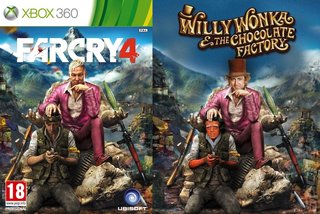 On the downside, however, Tom Clancy's The Division has been delayed until 2015. In terms of financial problems there is also the fact that despite the huge sales claims, Ubisoft's financials were not fantastic for the year to March 31st 2014.

The company reported that total sales of $1.38bn were down nearly 20% year-on-year, this lead to a posting of a net loss of just under $90m. Boxed sales suffered while the all important digital channel prospered with games and DLC accounting for $267.4m, a rise of 32% y-o-y.

Ubisoft CEO Yves Guillemot was quietly confident however, "2014-15 should see a return to double-digit profitability as we reap the benefits of the investments and innovations that we have implemented over the last few years."

He continued, "Combined with the fast uptake of new-generation consoles and strong growth in the online market, our ambitious games line-up should land three of our titles in the top 10 best-selling games of the year for consoles and PC, and lead us to record a sharp rise in our digital sales."