Sims 4 is 18+ in Russia for Gay Relationships 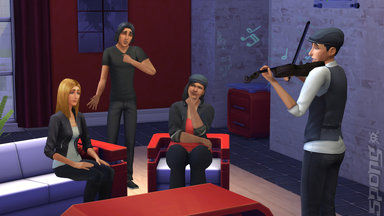 The Sims 4 has been given an 18+ rating in Russia thanks to its inclusion of gay relationships.

Word of the rating was tweeted by the Russian Sims twitter account, and Ars Technica translated it as follows: "18+ [rating] has been assigned in accordance with the law number 436-FZ 'On the protection of children from information harmful to their health and development?.?

The controversial 436-FZ law bans the "propaganda of nontraditional sexual relations to minors." It attracted protests and prompted concerns for the safety of athletes during the Sochi Winter Olympics earlier in the year.

This comes hot on the heels of controversy around Nintendo's failure to include same sex marriage in Tomodachi Life.
Companies: Electronic Arts
Games: The Sims 4