TV tie-in game moves from pay upfront to F2P because paid for is "too big of a barrier." 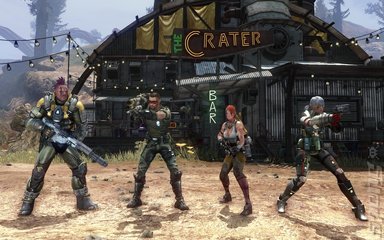 Defiance, the MMO that's tied to the TV Show of the same name, is going Free-to-Play (F2P) on June 4th.

The Defiance site states that the PC version, "is going Free-to-Play June 4, just in time for Season 2 of the show which starts June 19 for US viewers and June 20 in Germany, Spain, Australia, Latin America, and Asia. Our console launch will follow shortly after, with Defiance Free-to-Play for PS3 targeted for July 15"

Scott Hartsman, the CEO of game-maker Trion Worlds explains, "The things we find are that people surf a lot of MMOs. Especially with a game actively promoted on a TV series, we do want (playing) it to be as easy and as fast as, 'I saw this game mentioned on the show, I downloaded the client; oh, cool, now I'm playing it.' Asking people to pay full price in the middle of that is too big of a barrier."

Polygon reports that, "A slew of other in-game improvements also have been delivered to make Defiance more inviting to those who, for example, watch an episode, find out there's a video game, and try it out. In essence, the preceding year was spent creating as "frictionless" an experience as possible, for these adopters and others."

Also stated on the game site is: "Existing players will keep all of the benefits they already enjoy, and owners will get great bonuses at the launch of Defiance Free-to-Play." Those are detailed here.
Companies: Trion Worlds
Games: Defiance