GT6 gets a month of Senna stuff 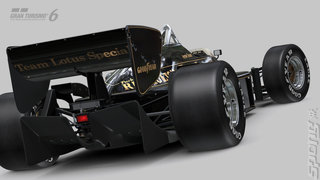 Today's the 20th anniversary of the death of legendary F1 driver Ayrton Senna, and to mark the occasion Polyphony has announced a wave of Senna-themed content to be released for Gran Turismo 6 through May.

Details of exactly what the content will consist of are a little thin, but the render of the Gerard Ducarouge-designed Lotus 97T that Senna drove to victory at the 1985 Portugese Grand Prix is a bit of a giveaway.

Beyond that, the blog post tells us, "At the end of this month-long journey, there will be a free update that will be released in the latter half of May with in-game racing content only available in Gran Turismo 6."

As Sony said repeatedly in it's blog post announcing the content, Polyphony has worked with Senna's family and their charitable foundation, Ayrton Senna?s Institute (IAS). As part of the collaboration, the developer has created an official Senna website and a Senna tribute on GT.com that consists of a short film and slideshow.
Companies: Polyphony
Games: Gran Turismo 6