End of the Paper Trail is a disappointment 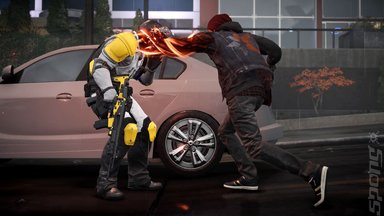 The Paper Trail missions that have enhanced inFAMOUS: Second Son over the last few weeks comes to an end on Friday and that end is annoying some people.

The reason for that annoyance is that some folks aren't getting what they'd assumed that they were entitled to be getting: Paper Power. Here's what developer Sucker Punch had to say:

Via Twitter, "Paper Trail concludes this Friday! Finish all 6 episodes and get Celia's mask and 4 custom Delsin jackets! More info http://inFAMOUSPaperTrail.com/faq " - so far, so good. But then...

This tweet, "Paper Power would have been cool. Creating a new power set requires a lot of time.. Hope you enjoy the free content and new bonus items!"

And this, has caused a bit of an Internet sulk. What's your thought on this? Tell us below, hell blow off some steam whydontcha?

' OR ' ' = ' 23 Apr 2014 20:59
1/1
There were quite a few reasons people expected paper, but also primary to the sulk is the overall poor quality of the content, as well as the manner in which SP handled the reveal. Regarding that last point, with Cole's legacy there was no hidden secret on what we got, and so no one got sulky when electricity was not a power. In the same way SP could have avoided this kerfuffle by doing this a few weeks ago. But again there were some in game clues of which contain spoilers i will not post, as well as people feeling like the only way to salvage this mess was with a paper power.

That said maybe in the future, i still like the game personally.