Because, well, it's a vast market 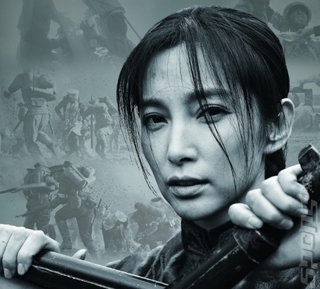 One of the good things about China opening up to "the free market" for Entertainment folks is that old IPs can be reborn to potentially billions of consumers. Take the Resident Evil movie series.

The Beijing International Film Festival is on and director Paul W.S. Anderson of Resi Evil movie fame is in town talking up the 6th movie in the series. It's going to be 3D and it's going to include Chinese star Li Bingbing who you may remember from Resident Evil: Retribution.

"I think China has an amazing opportunity that 3D is still alive and well here, and people still pay to the cinema and go see it. I think you should really cherish that," says Anderson. Yeah, of course because Chinese people are going to love 3D more than us Westerners.

As for the movie, Anderson says, "I have to go home tomorrow for 'Rising Resident Evil'. That's what I'm going to do. As you know, Bingbing is in the last movie and she will be there again... After 'Resident Evil' I want to come to China and shoot film again."