Official: Amazing Spider-Man 2 on Xbox One is 'TBD'

Postponed, may not see release 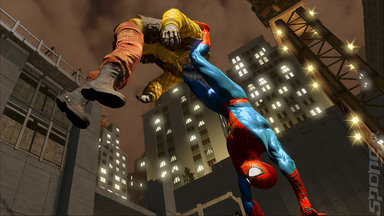 Activision has confirmed that Amazing Spider-Man 2 has been postponed indefinitely on Xbox One and may not be released at all.

?We want to inform you that we are revising our release plans for ASM2 on Xbox One,? a statement from Actision, first published by MCV, confirmed. ?When and whether ASM2 is released on Xbox One is TBD.?

That was published on MCV following NeoGAF users spotting that mention of an Xbox One version has disappeared from the game's official website.

No reason has been given for the delay. It's unusual for an Xbox release to disappear like this - usually if a system gets dropped from a multi-platform release it's on any platform but one of Sony or Microsoft's home consoles.