And Bryan Cranston as Commissioner Gordon? 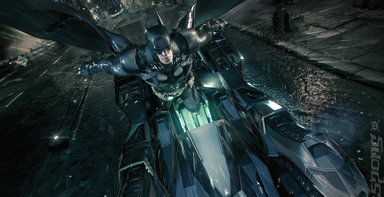 All Images (16) »
Some new screens for Batman: Arkham Knight have surfaced, showing off the batmobile, some villains and a Commissioner Gordon who looks suspiciously like Bryan Cranston. We also get some concept art giving us a better look at the redesigned suit.

They surfaced on AGB, but while they didn't come direct from Warners they look like the real deal.

Arkham Knight promises a big old open world, a big finale to the Arkham series and, finally, the chance to get in the batmobile and have a pootle around.

Arkham Knight is in development exclusively for next-gen consoles and PC. It's due in time for the winter holidays. More about it on SPOnG's dedicated Batman: Arkham Knight game page.