Says they parted 'as friends', O'Donnell says it was 'without cause' 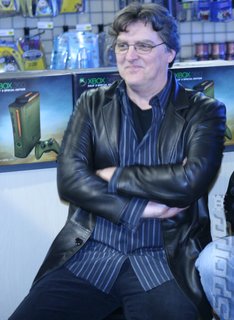 Martin O'Donnell
Bungie has confirmed that longtime studio composer Martin O'Donnell is no longer with the company, though the exact details remain woolly.

In a blog post titled, 'There are those who said this day would never come...' Bungie community manager David Dague wrote, "For more than a decade, Marty O'Donnell filled our worlds with unforgettable sounds and soundtracks, and left an indelible mark on our fans. Today, as friends, we say goodbye. We know that wherever his journey takes him, he will always have a bright and hopeful future.

"We wish him luck in all his future endeavors."

This comes following O'Donnell's own revelation of the news, which made it sound a bit less friendly. "I'm saddened to say that Bungie's board of directors terminated me without cause on April 11, 2014," O'Donnell tweeted.

O'Donnell composed for titles including Myth 1 and 2, Halo, 2, 3, ODST and Reach and most recently Destiny.
Companies: Bungie
Games: Destiny