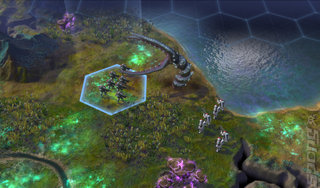 All Images (3) »
The next instalment in Sid Meier's Civilization was announced at PAX East over the weekend, and we've got the announcement trailer below.

Titled Civilization: Beyond Earth, the game... you probably have a good idea from the title what it's about, right? 2K says, "As part of an expedition sent to find a home beyond Earth, lead your people into a new frontier, explore and colonize an alien planet and create a new civilization in space."

As well as the video below, SPOnG has the game's first screens in the gallery.

Beyond Earth is due out in Autumn.