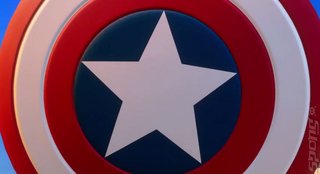 Marvel Comics has basically confirmed the rumoured inclusion of its super heroes in Disney Infinity with the trailer below.

The video shows various characters from the game going about their business as Captain America's shield pings about the world. No word on which other characters will be included, but movie universe heroes seem like a good bet for starters.

It's unclear whether this means we're getting more characters for the existing game or a whole new release (there would certainly have been enough Marvel characters to carry their own game, even without the rest of the Disney bunch). The video does carry the tag 2.0 Edition, suggesting a significant update at the very least.