It seems that there is no movement expect sales falls 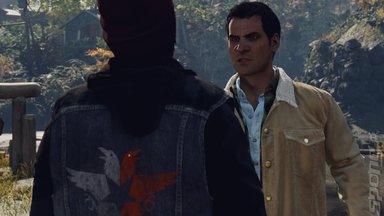 Sony is happy as PS4 exclusive Infamous: Second Son despite a 67% week-on-week drop in sales holds on to the #1 spot in the UK's videogame charts as compiled by Chart-Track for a second week.

In doing so, it beats out Metal Gear Solid V: Ground Zeroes ( down 64%) and also Microsoft exclusive Titanfall which sees sales drop off by 42%. What else does Chart-Track say?

"Sales of The Lego Movie Videogame climb 3%, enough to push it up from No8 to No5. FIFA 14 isn’t the only Top 10 title to benefit from retailer promotions this week as sales of Call of Duty: Ghosts rise by a similar margin, up 36%, propelling it back into the Top 10, up from No12 to No8. Final Fantasy X/X-2 HD Remaster (-76%) almost slips out of the Top 10 in its second week of release, falling from No4 to No10. Nintendo’s collaboration with Capcom for Professor Layton vs Phoenix Wright enters at No15, while PQube’s MXGP: The Official Motocross Videogame lines up at No19."