The games industry has to change from white male focus. 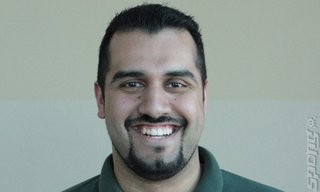 A speech given by Manveer Heir, of Mass Effect development fame, could mark a major watershed in the way that the video games industry treats its non-white, non-male and disabled consumers.

Speaking at GDC in the USA last week, Heir - a gameplay designer at BioWare - he said in respect to the way that games companies and to an extent consumers treat groups other than white, western makes, "I sincerely hope that you are ready for that challenge, because I sure as hell am!"

Polygon reports that Heir, "cited the lack of minority, women and LGBTQ characters in protagonist roles and went on to discuss the dangerous side effects that stereotypes have on the gaming public, especially children.

"These negative stereotypes effect the identity of individuals in these groups," Heir said. "They affect the way people think and treat others in the real world, and [they] perpetuate the social injustices that occur in these different groups," he said. At last. Thank goodness.

He also pointed what we've been saying for a long, long time: marketing money can make a huge impact in both directions. "When a game starring a woman comes out," Heir said, "the marketing and the development spends are simply less, which can overall impact the quality of the game and [its] success, which skews the numbers in the negative."

Finishing up a remarkable speech coming as it does from an AAA developer, Heir summed the attitude of games publishers and developers and consumers to taking risks with what happens in-game.

"I want to see this in indie games and AAA games and mobile games. In board games, pen-and-paper games and every other type of game you can imagine. I want us, as an industry, to stop being so scared.

"If we make them I am confident that the audience will come and accept them."

A brilliant speech. Possibly even an historic one.

I'm certain that attempting to shoehorn tolerance propaganda into videogames will work about as well as those "very special episodes" of my favorite sitcoms that I always dreaded when I was growing up. Clumsy, awkward, and not very entertaining. More importantly, from an industry point of view, riskier, and almost certainly less profitable.

As far as the dearth of female protagonists go, I think part of this can attributed to female consumers' interests...the females I know who play videogames don't play story-driven, AAA titles with predetermined protagonists. They play Farmville, Candy Crush Saga, and other "casual" type games or games which don't have fixed protagonists, like RPGs and music driven games. So why cater to an audience that isn't looking for what you're selling in the first place?

This is in direct contrast to the movie industry, where you can't get a movie made without shoehorning a love story in there to put X chromosomes in seats, oftentimes to the detriment of the movie. And (white) female protagonists appear to actually dominate a certain genre of films targeting Young Adults (presumably because they're based on books, and apparently girls read...is this a stereotype we need to combat?). Would making the mute protagonist of Call of Duty:Ghosts a female have raised its appeal to female consumers? I kinda doubt it myself. Though now that most of the checks have been cashed, they could pull a J.K Rowling and claim that he was gay or even transgender the whole time. Possibly blowing the minds of a few intolerant tween boys, which might be the most positive result you could expect from this speech.

Telling other people to take risks with their money and their creativity to serve your agenda doesn't impress me. I truly believe that intolerance will die on the vine within decades, and I think it will happen because young people will discover on their own the truth , and will view the ignorance and the intolerance it breeds as just silly, and its consequences as embarrassing and tragic. But attempting this kind of social engineering through videogames isn't something I believe can or will be done skillfully enough to be effective.