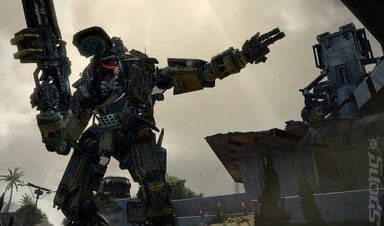 TitanFall already got a launch day patch of some 850mb before you can even play what Electronic Arts and Respawn hope will ensure gamers are attached to its servers for all eternity... except the servers for this multiplayer-only title have been facing problems.

Now, bear in mind that the reviews you've seen for the game were all carried out to date using closed servers at EA in a closed environment - we didn't go to this, our review will be done on public servers - and you might note the public servers already needing a patch isn't great news. The game is now available in the USA on Xbox One and PC you see. Here's what EA says:

"We've just pushed a patch that's now recovering servers quickly. Players will load into Private Lobbies much faster and we're continuing to monitor. Thanks for sticking with us on launch night, we appreciate your support!" it screamed on its forum.