Seriously, why the hell not? New things are scary 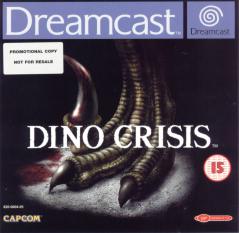 Hell why not? A reboot of Capcom's Dino Crisis on one or other of its forms for the new generation.

Yes, if you've remembered the dinosaur survival outings from their Xbox or DreamCast or PSone days then you're certainly going to want to see a remake for the Next Gen consoles or even as an MMO! Or you might not...

Also, as VG247 points out: "The claim is at odds with comments made by Resident Evil producer Masachika Kawata this time last year. Responding to claims that Onimusha and Dino Crisis might see a reboot, he said, ?Capcom has obviously never shied away from bringing back our older IPs to new generations, but I do think it?s more important for us to focus on creating new IP as we move forward.?