Bioshock to Live On

2k ain't leaving go of that golden goose too fast. 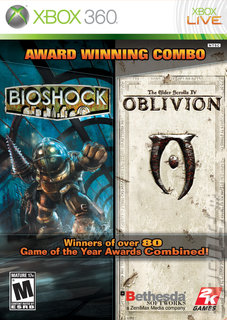 With Ken Levine closing Bioshock maker Irrational and heading to Take 2 off with some 15 close pals leaving around 100 not so close ex-workers behind we all thought, well, that's it for the series. Not so fast!

2K Games isn't going to be letting that sort of potential profit lay down and die in an IP ditch of filled with developer blood, sweat and tears... and money. Here's what it has to say:

?BioShock is one of our most beloved and critically acclaimed franchises, and we are indebted to Ken and the talented team at Irrational Games for their contributions to the series with BioShock and BioShock Infinite; the latter being one of the most decorated games of 2013." So someone from 2K told GameInformer.

"The BioShock universe remains a rich creative canvas for many untold stories, and we look forward to exploring the next BioShock experience.?