Rime and yet also reason from Microsoft 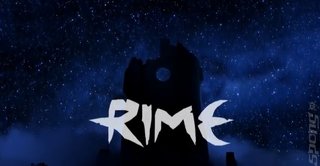 It may come as a surprise to people who don't observe the games industry, or book industry, or film or music or even cake industries that sometimes products get turned down and folks - in this case Microsoft - get eggy faces. But it happens.

Only today we were all made aware that Facebook has paid billions of dollars for WhatsApp - an messaging app designed by two people who applied for jobs with Facebook years back but were turned down. That perspective might make Microsoft's Phil Spencer feel a little better about turning down PS4 now-Exclusive game, Rime.

Phil told the world, "Part of job is living with mistakes. Passed on Guitar Hero... I can list many misses regretfully. I try to focus on what we did ship."

Catch up on the detail of the turn down over at VGLeaks.
Companies: Microsoft Sony
Games: Rime