Screens and video find themselves in the wild 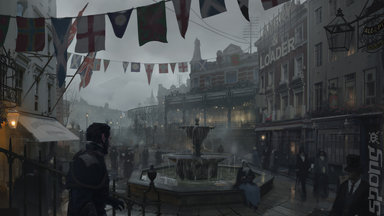 All Images (11) »
Ready at Dawn's PS4 exclusive - The Order 1886 - has seen some 'leaks' appear on this here Internet via a site called, helpfully, VGLeaks. Yup, video games companies have a site called Video Game Leaks in which to give a feeling of dangery naughtiness to their focus group mechanisms.

Of course, that's just speculative conspiracy creation, video game companies are not organised enough most of the time. Anyway, check out the 'leaked' video below. All conspiracies aside, it's starting to look like quite a fine game. No idea about the game-play right now as there appears to be loads of Quicktime Events. UPDATE: The Official Video is Here!! It's HERE! Calm down.