Becks shall play against Sweden after all!

If you select him, that is. 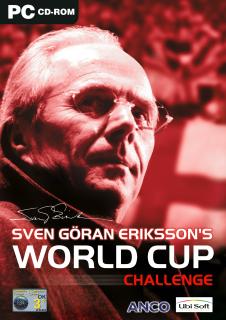 All Images (2) »
It?s just a couple of months until the World Cup kicks off in Japan and South Korea, and that means it?s time for the bi-annual major football competition game flood. It hasn?t taken long to get England manager Sven Goran Eriksson?s name tacked onto one of many football games getting a release in time for the tournament, but put aside any cynical thoughts of exclaiming ?cash-in!? because Anco are involved. Anco Software has a long history of quality soccer titles behind it, mostly consisting of the legendary Kick Off series, so the pedigree is unquestionable.

The Sven games will feature brand new engines, which will incorporate new stadiums, enhanced AI and player models. Many of the talented developers who helped to create the classic Kick Off series are currently applying their expertise to the Sven games.

So, England fans, try to forget that the hardest-working footballer in Europe is currently hobbling around on crutches. Come May, you?ll be able to select David Beckham, however quick or lengthy his real-life healing process turns out to be, and hopefully he?ll spur England on to give the Swedes, the Argies, and whoever else they play a darn good whupping!