Disney Interactive to be Hit by Lay-Offs

New boss at Disney making changes to IP and staff 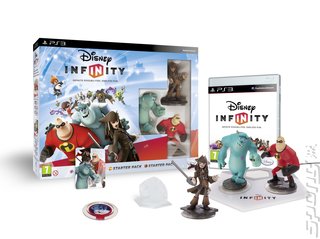 Disney Interactive's new president is called Jimmy Pitaro. He got the job in November, by February he's considering management reshuffles and sadly, layoffs.

According to The Wall Street Journal Playdom, Disney's 2010 $763m purchase of Playdom means that the purchased company is particularly in focus for sackings. As for Disney Infinity, new versions are coming along including Star Wars content.

MCV reports that, "Infinity has to date sold over 3m units worldwide and helped the Interactive arm to an operating income of $16m in the last fiscal quarter ? that?s only Disney Interactive?s second ever profitable quarter."

The WSJ is, however, brutal - reporting, "Walt Disney Co.'s interactive-media unit is preparing to lay off several hundred people despite a strong launch for its videogame "Infinity," according to people close to the company.

"The cuts at Disney Interactive, which has undergone multiple rounds of layoffs in recent years as it struggled to reach profitability, are expected to begin after the media giant releases its quarterly financial results Wednesday."