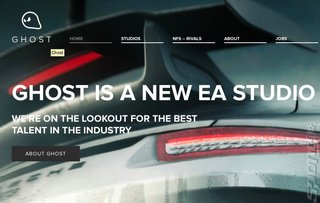 Shortly after rebranding EA Gothenburg to the now ironically sounding Ghost Games, Electronic Arts has decided the studio's Guildford (UK) office has too many staff.

This apparently means that an unannounced Need for Speed title is also 'on hold'. EA has confirmed that the company has "entered a consultation period for some positions in our Ghost Games U.K. studio."

Polygon reports that, "Alex Ward (ex-Criterion) tweeted that 60 to 65 people moved from Criterion over to Ghost Games, seemingly permanently, to work on the game and the franchise, leaving about 20 at Criterion.

"It is unclear what the future holds for the racing franchise, though one source tells us that current plans would leave future development of a Need for Speed title in the hands of the Gothenburg studio."