Former Ubisoft dev says it does 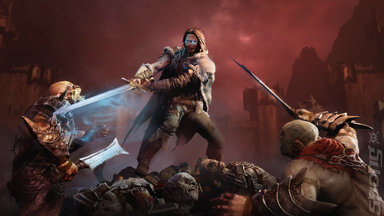 A former Ubisoft developer has claimed that Middle-earth: Shadow of Mordor uses Assassin's Creed assets following the appearance of a trailer yesterday.

"Seriously, can someone tell me how Assassin's Creed 2 code and assets are in this Middle-Earth: Shadow of Mordor game?" tweeted Charles Randall, currently of Capybara Games but formerly a developer on Assassin's Creed and ACII.

Asked "Where did you find out about this?" Randall replied "Watch the video. That's AC2 stuff in there. Code/anim for sure."

Randall added, "I spent two years staring at AC2. I know it when I see it." Randall worked on combat and air assassination in the game.

Randall speculated that Ubisoft technology may have been licensed to Warner Bros., but if so there hasn't been an announcement. There's been no comment from Ubisoft or Warner Bros.

You can have a look at the trailer for yourself below.