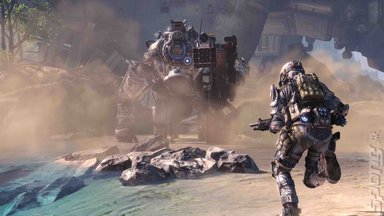 EA had a period of testing for TitanFall over the weekend which was so top secret that videos have leaked all over YouTube. And, with videos, come details.

As you might expect, yolu get to set-up two loadouts in TitanFall, one for your Titan and one for your pilot. For your pilot, you'll get a primary weapon, an anti-Titan weapon, a sidearm and slots for a Tactical Ability, grenades and two slots for kit.

An example of a tactical ability is a timed cloak. Examples for your kit slot incluide a Minion Detector to reveal AI spectres and grunts and a Power Cell to quickly charge your Tac Ability.

Titans only get one weapon, but it's disgustingly powerful. They do, however, have the same loadout options as pilots. Kit examples include an auto-eject, Regen Booster for the Titan's shield, Survivor (your Titan clings on for longer once it's doomed) and Nuclear Ejection, which gets you a big explosion once your Titan's destroyed.