Going back to "core Hitman fantasy" 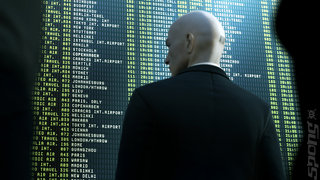 Remember that next-gen/PC Hitman game we told you about last week? IO Interactive has laid out some details about it, no doubt due to the fact we all now well and truly know it exists. The emphasis is very much on it being of the "the core Hitman fantasy".

"In the next game you will experience a globetrotting Agent 47 at the prime of his career ? the apex predator stalking his prey across the world, with the support of his long-term handler Diana Burnwood and the whole of the ICA," says IO in an open letter on the Hitman website. So, bit of a return to the status quo post-Absolution, then.

Getting into gameplay, the letter continues, "The game concentrates on the core Hitman fantasy of using a wide range of tools to take out a diverse group of targets across expansive, exotic locations around the world. We are building this game on the backbone of the Glacier 2 engine, using the best parts and what we have learnt through Hitman: Absolution and drawing inspiration from past titles like Contracts and Blood Money to fulfil the core Hitman fantasy.

"That means we?re packing in an extreme level of detail on the largest levels we have ever built for a Hitman game. We?ve adopted an open, non-linear level design approach to the game, ensuring the game will play out across huge, checkpoint-free, sandbox levels. Our aim is to create living, breathing and believable levels which will allow gamers to play around with the AI to create those unique moments every fan of the Hitman franchise loves."

The studio has said that Contracts Mode is making a return, meaning players will be able to create their own challenges.

Also, 47's magic pockets are a goner. So there's that.
Companies: Io-Interactive