Massive rewrite of parts of the game was required 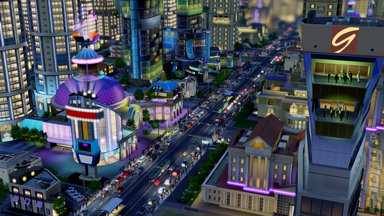 While SimCity players have finally, happily, been told that an offline mode is coming soon, the nagging of just what took so long has been hanging in the air. Simon Fox, lead engineer on the single-player mode has taken to the SimCity blog to explain it.

"The original creative vision for SimCity was to make a game where every action had an effect on other cities in your region. As such, we engineered the game to meet this vision, setting up the player?s PC (client) to communicate all of its information to the servers. That means that our entire architecture was written to support this, from the way that the simulation works to the way that you communicate across a region of cities," Fox writes.

Fox goes on to note that, "By the time we?re finished we will have spent over 6 ˝ months working to write and rewrite core parts of the game to get this to work. Even things that seem trivial, like the way that cities are saved and loaded, had to be completely reworked in order to make this feature function correctly."

It gets a bit technical, but if you're interested you can get more detail over on the blog.
Companies: Maxis
Games: SimCity