Lord of the Rings Online License Extended to 2017

Turbine pledges support for 'many years' 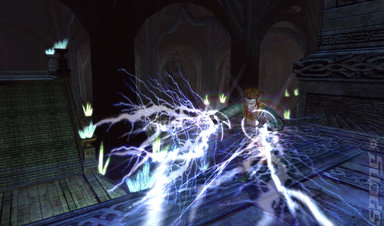 Lord of the Rings Online players should have at least a good three years of play ahead of them, according to developer Turbine.

The news followed concern from the community that development was winding down on the title after it emerged that Turbine won't develop any more dungeon instances or raids.

Following the concern, community manager Rick Heaton stepped in to write, ?I just wanted to drop in and address the concerns surrounding the license, again. We have said as far back as July of 2013, we plan to support LOTRO for many years to come. I really want to be as clear as possible on this subject to avoid any further confusion or misunderstanding. The license was renewed.?

Pressed on the exact date that the license is currently in place until, Heaton added, "We have an agreement that runs through 2017."

Via Polygon
Companies: Turbine
Games: The Lord of the Rings Online: Shadows of Angmar