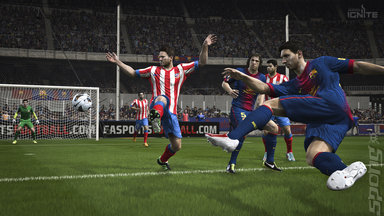 E3 2013
FIFA 14 has claimed its seventh week at the top of the UK Video Games Chart.

With January being, as ever, a desert as far as new releases go, there's not a vast amount of movement. It's mostly last year's games shuffling about. Killzone: Shadow Fall made a solid climb 13 places to Number 8 thanks to renewed levels of PS4 hardware stock, though. Somewhat depressingly, Aliens: Colonial Marines is back in the Top 10 thanks to the average price across all formats dropping below Ł5.